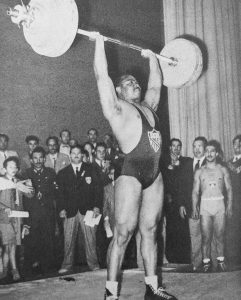 The fifth legend we are going to highlight is John Davis. John Davis was born in New York in 1921. He was hailed as the most dominant athlete of his generation. He was first recognized at the age of 17 when he won the world light heavyweight weightlifting title. John would continue on to have a 15-year winning streak. The streak included 7 world championships, Olympic gold medals in 1948 and 1952, and 11 National Championships. He was shorter than most weightlifters at 5’ 8”. despite his short stature John became the first person to clean and jerk over 400lbs. John was also the second person to total over 1000lbs for the three lifts.

Throughout his career, John set 15 confirmed world records and became the only man to win world and Olympic championships across three decades. John served in the United States Army during World War II and was stationed in the South pacific. After he retired from weightlifting John Davis became a corrections officer in New York before passing away in 1984.

Some of John Davis’ greatest achievements are below: 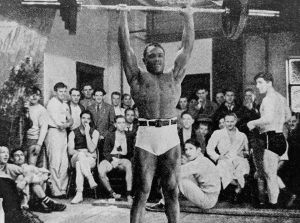 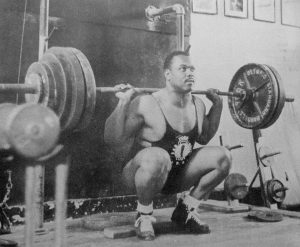