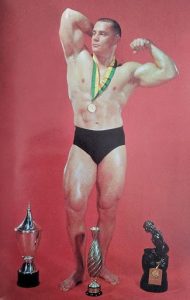 The fourth legend that we are going to highlight is Bill March. Bill was born right here in York, Pennsylvania. He attended Dallastown High School where he participated in basketball, football, baseball, and track. Bill began his lifting career in the back of the Shaffer’s Flower Shop in York with Vern Weaver and Dick Smith. Bill was a natural athlete and took to weightlifting as if it was second nature to him. Bob Hoffman was impressed with Bill’s natural ability and asked him to start training at the York Barbell Club Gym down on Broad Street. This is where Bill really began to take off in his weightlifting career. He won his first contest in 1958, the Middle Atlantics held at the York YMCA. At the time he was in the light heavyweight class and totaled 745lbs at that competition. Within a year of that win, Bill was able to total 800lbs in his lifts and was looking to increase his totals to 825lbs in order to compete in the Olympic Trials. Bill would make the Olympic Team in 1964. He placed 4th in the Middle Heavyweight class in Tokyo with a combined total of 1028.5lbs for his lifts. Bill would go on to set national and world press records, win major Olympic lifting championships and take a Mr. Universe title in 1965. He was also invited to attend Pro Football tryouts. In 1966 Bill went on to try out for the Baltimore Colts Football Team, where he made the final cut but ultimately did not make the team.

Some of Bill March’s greatest achievements are highlighted below: 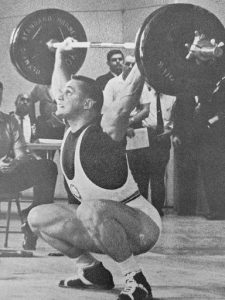